Prima, which has been working for the healthy and happy development of babies with its innovative and reliable products for 33 years in Turkey, has helped save the lives of nearly one million newborns with the worldwide efforts in line with its partnership with UNICEF 15 years ago.

This year is anniversary of 15-year global partnership of Prima, which have always been with families and babies, with UNICEF Thanks to this cooperation, many studies have been carried out in 26 countries to eradicate Neonatal Tetanus (MNT), a fatal disease that affects mothers and babies all over the world and can be easily prevented by vaccination and hygienic birth practices.

This collaboration began in 2006 with the promise that a vaccine will be donated to UNICEF for every package of Prima purchased bearing the UNICEF logo. Working together, Prima and UNICEF have succeeded in pioneering massive and lasting change:

In order to increase the support for this work, carried out for millions of babies to spend a healthy life, in 2006, Prima carried out the “1 Package = 1 Life-Saving Vaccine” campaign in Turkey, and within the scope of the campaign, actress Bennu Gerede also photographed the vaccination studies in East Timor and the vaccinated children. They contributed to the realization of the “Give Life a Chance with Prima” exhibition, and many famous names also participated and supported the exhibition.

After 15 successful years, Prima and UNICEF thank parents, families, retailers, staff, key partners and everyone involved in this collaborative effort for their contribution.

Ranya Shamoon, Senior Vice President of Baby Care, Procter & Gamble Europe, said at the meeting:  “By joining forces, Prima and UNICEF have brought about a major and long-lasting change that has directly affected the lives of countless families and babies around the world. We would like to take this opportunity to thank everyone who has purchased a Prima package with the UNICEF logo during our campaign, thanks to your contributions; we have been able to support the vital work in the field to help eliminate MNT in our journey to make every baby’s world better. Together, we have changed the lives of mothers and babies of today and future generations”.

Carla Haddad Mardini, UNICEF Director of Special Grants and Partnerships said “Over 15 years, our partnership with Prima has contributed to saving the lives of nearly 1 million newborn babies from the silent danger of Neonatal Tetanus. We have purchased more than 300 million vaccines used to protect 100 million mothers and their babies. With the support of Prima and its partners, newborn deaths from tetanus have decreased by 60%. This support became even more important when the COVID pandemic hit, when the MNT threatened to disrupt immunization services and reverse hard-won progress in reaching children with essential vaccines. Collaborating through long-term partnerships with brands like Prima is an excellent example of how UNICEF, working with the private sector, can reach the most vulnerable and ensure that every child not only survives but thrives.”

For over 60 years, Prima has been working to make every baby’s world better. The Prima and UNICEF partnership has been a true example of the “goodness movement” that highlights how together we can do more, do better and make a real impact on mothers and babies around the world.

The Prima and UNICEF partnership is a part of P&G’s loyalty to contribution studies to society and one of the “2021 Goodness Movements in 2021” of the firm. 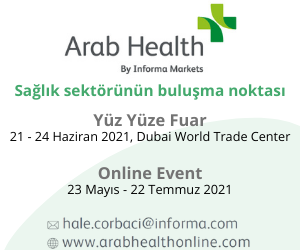